IN MEMORY OF ARNE ROBERTSON 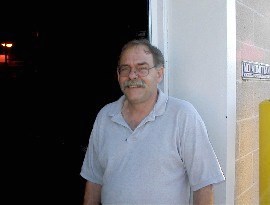 Arne Robertson, Vice-President of Technology for AS/R Systems and a friend to many people in the industry, passed away in 2007. He will be missed by everyone who came in contact with him over the years. Below is part of the memorial service held for Arne in June, 2008.

Arne was the fourth of six children in the Robertson family. Mom was at the centre of this busy household, ever calm and gentle. Arne inherited these traits from her. He also inherited her love of nature - birds and flowers and berries. There was plenty of nature in the big backyard at Landsdowne where the little Robertson boys and pal Steve played.

Arne's summers were spent at camp with his siblings and Smith cousins and camp buddies, Carl and Tim - making forts and boats, jumping off the dock, swimming under the raft, sailing and waterskiing. Always on the go at camp was Dad, building and repairing things. Arne learned his carpentry and problem-solving skills by helping and watching Dad. He also inherited Dad's love of growing vegetables and riding a tractor. Some of us can remember how maniacally wee Arne drove his green tractor-tricycle around the patio. Shades of Dad. 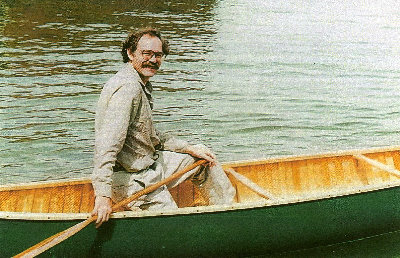 As a youth, Arne excelled at sports including competitive swimming, downhill skiing, waterskiing and high school football. After completing an undergraduate degree in Math and an MBA, Arne worked in the Toronto financial district. In his twenties, he became a lifelong devotee of Transcendental Meditation. During this time, he traveled and developed lifelong TM friendships. One such friendship was with the Shaw family, David, Jennifer and Arianna, who provided a welcome home and comforting presence throughout Arne's illness and on the day he died.

When Arne left the world of finance, he joined his brothers Doug and Don in the automated industrial warehouse retrieval business. His mathematical skills and patience made him a brilliant computer-programmer and trouble-shooter. As such, he was a key member of the team, traveling across the United States, Mexico and Canada wherever he was needed. One nephew who worked with Arne described him as a genius.

Throughout his life, Arne was a passionate hobbyist. This is how we will remember him at his happiest. His interests and talents were wide-ranging. Now, as we piece together all the facets of Arne's life, we realize what a multi-faceted gem this guy was: an international prize-winning gem cutter, a skilled boat-builder, a prolific bee-keeper, a handy carpenter, an enthusiastic gardener, a champion scrabble player, a gourmet cook and a dedicated pie-eater.

In his personal life, Arne was a loving son, doting uncle, loyal brother and good friend. We are all here today to testify to that. When Arne died, he had one final unfinished gem on his faceter. It was to be the perfect one. Whatever gems he made, finished or unfinished, it was Arne himself, in all his many facets, who was the real gem in our lives. He will always be with us. Tonight you will see him if you look up - he will be the brightest star sparkling like one of his gems in the night sky. 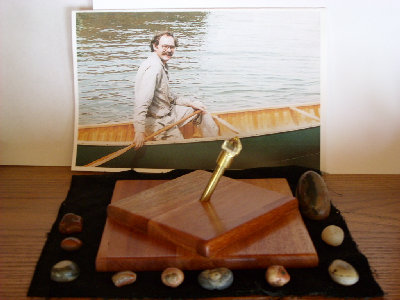 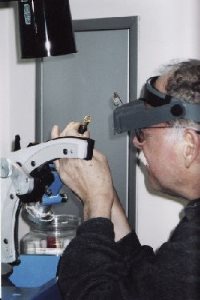